I’m fully moved in to my new flat now, but unfortunately the internet is not, and earlier this week I used up my data allowance. So when the time came to crochet a picot border on my star blanket, I wasn’t able to Google ‘how to crochet picot stitch’.

But I’d read some instructions a couple of weeks ago. I didn’t actually try it out at the time, even though I’m definitely a kinaesthetic learner when it comes to crochet, but I was sure I would remember it anyway. It’s a simple enough little stitch.

I mean, my memory never lets me down…right?

Wrong (of course). The only part I remembered accurately was that a picot usually involves 3 chain stitches. So here’s what I did:

Slip stitch in the next stitch

Slip stitch in the same stitch as before 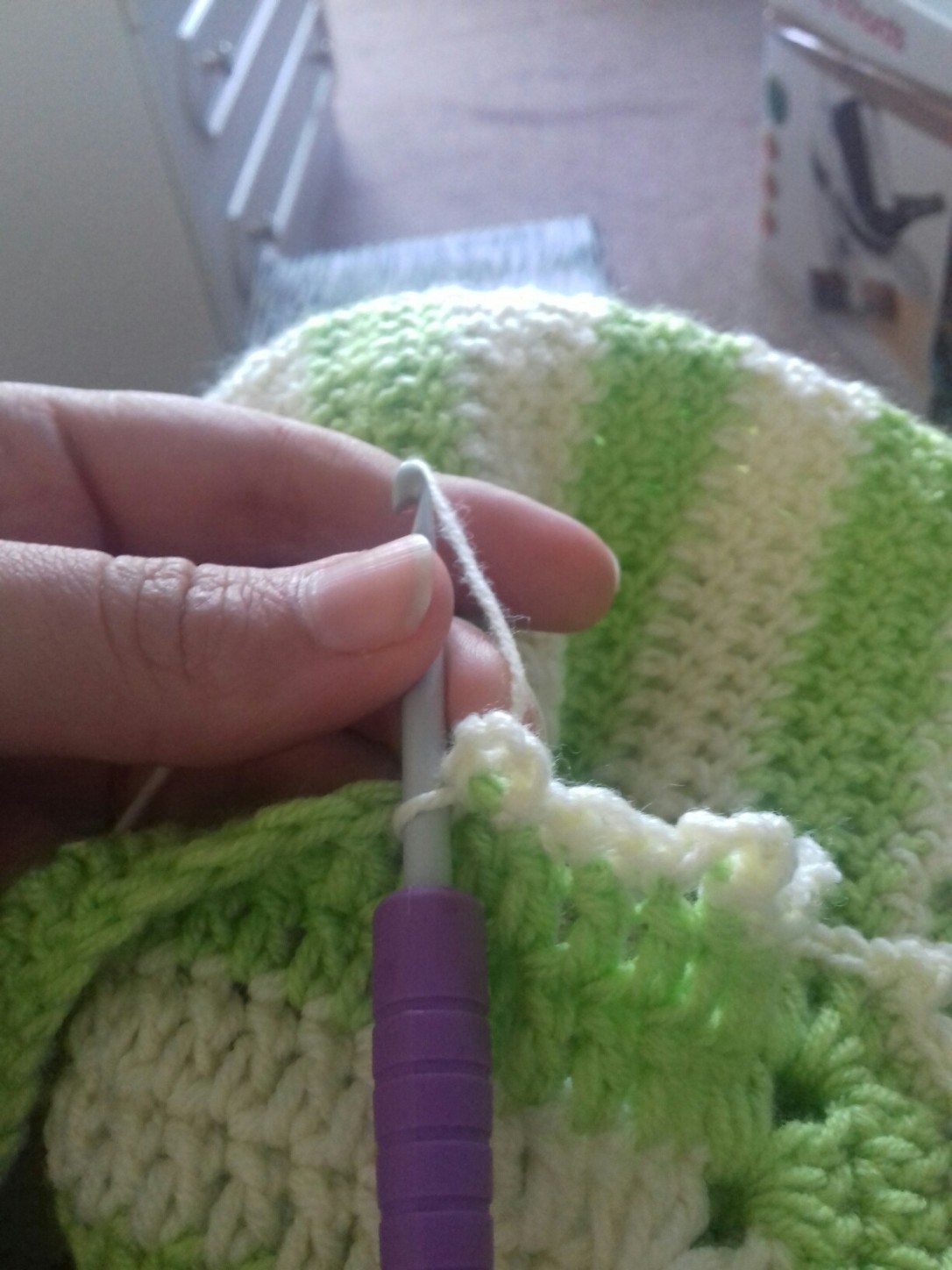 Which I think looks quite pretty, but is not a picot stitch.

Of course I made it almost halfway round the blanket before getting some internet access at the library and discovering that I was doing it wrong.  So now I’m dithering about what to do; rip it all back and do an actual picot border, or just carry on with my pretty, made up stitch. 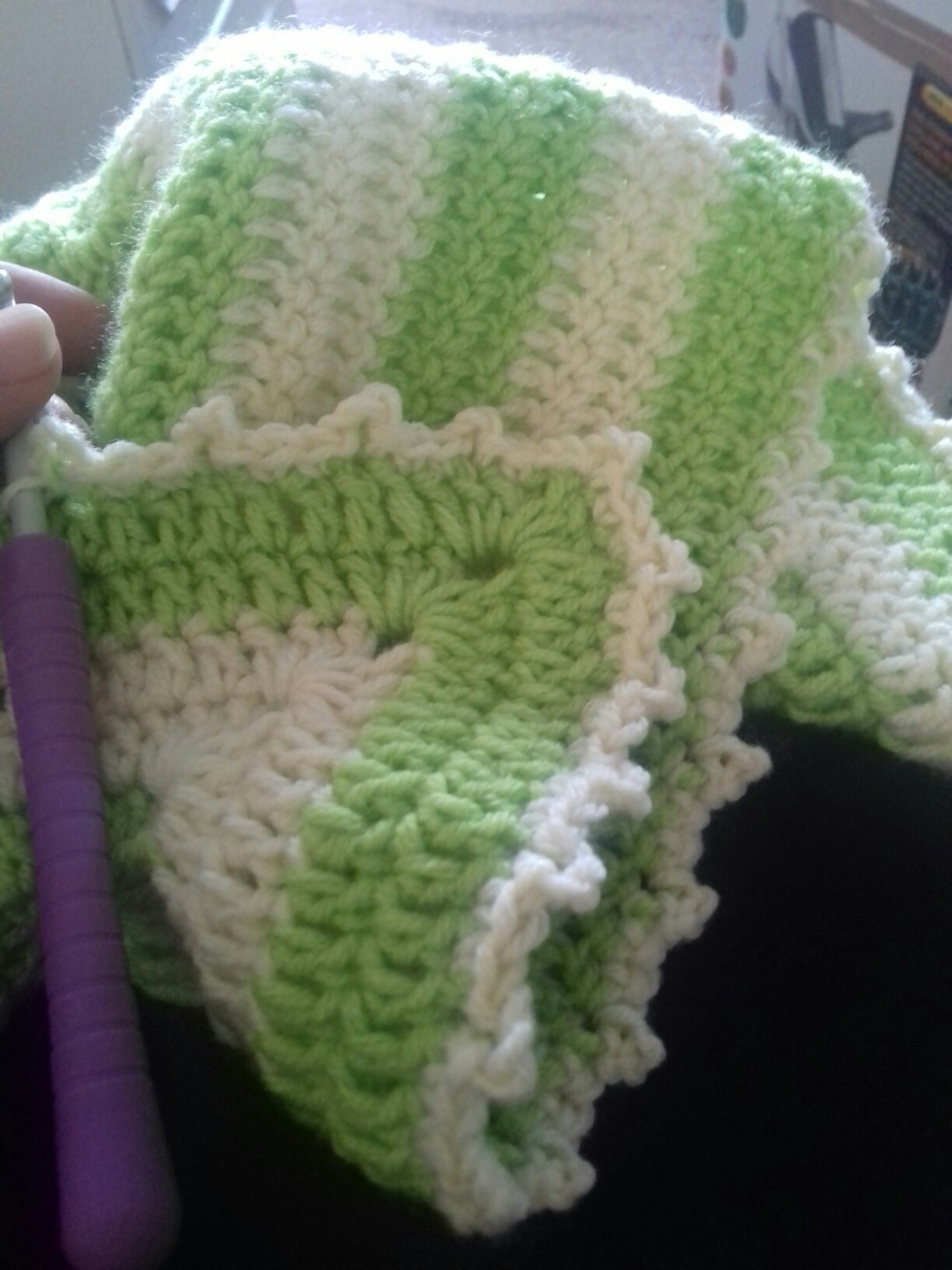 What do you think? Picot or pic-not? And has anyone else ever accidentally made something up? Let me know in the comments!

View all posts by quietwatercraft