You’ve got to love the crafting community. The Animal Rescue Collective Craft Guild (link here) has received so many donations for Australia that there’s currently a stop on sending any more, to give them time to take stock and work out what’s still needed. What an excellent ‘problem’ to have!

So there’s been no crafting for Australia for me just yet, and I’ve been finishing up my other charity projects instead.

I now have four bears to go to Simba. 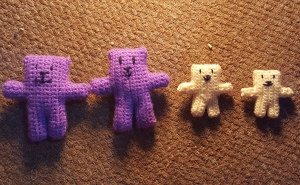 And two hats to go to Knit For Peace. 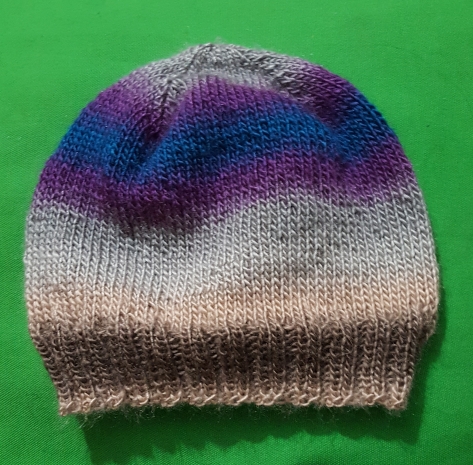 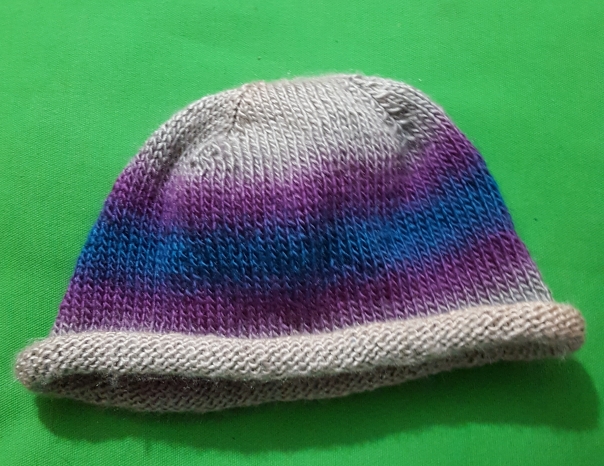 I was going to block both hats, but I tried on the rolled one and I actually really like the look of it so that’s staying as it is.

I’m still hooked on the charity-crafting thing so now I’m making a pair of large bears for Simba. Once they’re finished that will be a full set of sizes and hopefully my crojo will let me get on with some of these WIPs that have been lying around for months.

View all posts by quietwatercraft