I don’t seem to have very many FOs at the moment, not sure why. 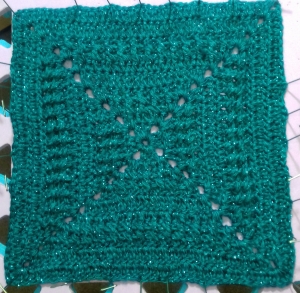 Apologies for the photo quality, I spent 15 minutes trying to get a decent one and it just wasn’t happening!

This square is made up of 2 rows regular dc alternated with 2 rows fp/bpdc, which makes a pattern far more interesting than I can get my camera to show. 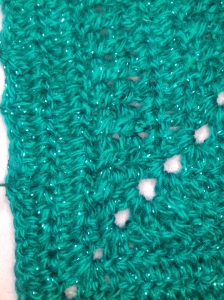 So they’re on their way to be added to the big blanket. I can’t wait to see the end result.

I’m feeling sad today, I was with one of my best friends last night when he got some awful, awful news. So I’m going to curl up under my duvet and not move unless I absolutely have to, and hopefully that will help.  Then next time I see the people I love I’m going to hug them extra tight, especially my friend.

How’s everyone’s week been? Got any FOs to share? Let me know in the comments (and then go hug someone).

On Instagram I follow a giveaway account called Yarn4Less. Obviously I signed up originally for the free stuff, but since then I’ve learned what a lovely community it is.

Not only are the people super friendly and supportive of each other, we also use our crafting skills for activism and charity. Right now everyone is making granny squares, to create a blanket for victims of domestic abuse.

Here is my first square: 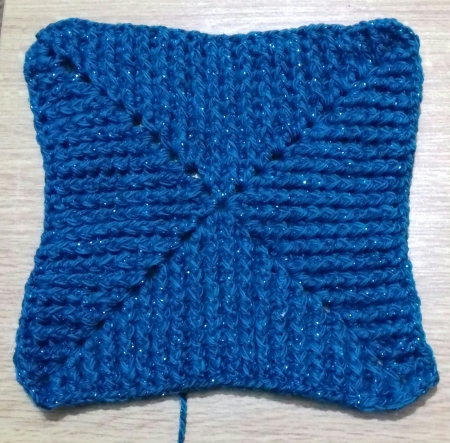 Of course I’m not just making a regular granny square, that would be far too easy and I love front post/back post stitches too much!

I’m also going to make a second square with alternating rows of regular stitches and fp/bp like this one. I think it’ll make an even more interesting texture.

Then I will get right back to crossing things off my WIP list, honest!

How’s your week been? Finished anything crafty? Let me know in the comments!

My parents came to visit last week and, as usual, Mum brought me lots of goodies. One of which was a skein of the utterly to-die-for gorgeous Lion Brand Landscape, in the Apple Orchard colourway. 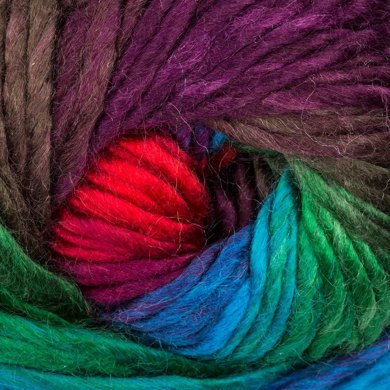 Of course every single other project was dropped immediately so I could play with my new pretty. I’ve been thinking about hats recently (yes, waffle hat, I see you looking at me) so I decided to make one.

The colours are such a feature that I went for a really basic pattern so it wouldn’t take away from them; just your standard double crochet in the round.

But I seem to have caught the fiddle bug and I couldn’t just leave it at that. First of all I tried alternating front and back post to make a kind of ribbing, but I didn’t like that so I frogged it. It needed some kind of transition from the main bit to the ribbing.

I’m tired so I got halfway through a round of front post dc before realising that made the step down on the inside of the hat. I frogged it.

Then I tried a round of back post, but I didn’t like that so I frogged it.

Now I’m having a go at back loop only dc, as a less severe step down to the ribbing part, and we shall see how this goes. At some point soon I’m going to have to make a decision and stick with it because this yarn does not like being frogged. If I don’t go slowly slowly it catches on itself and fuzzes up and just generally won’t play nice.

But I forgive it. I’d forgive a lot worse for these colours. 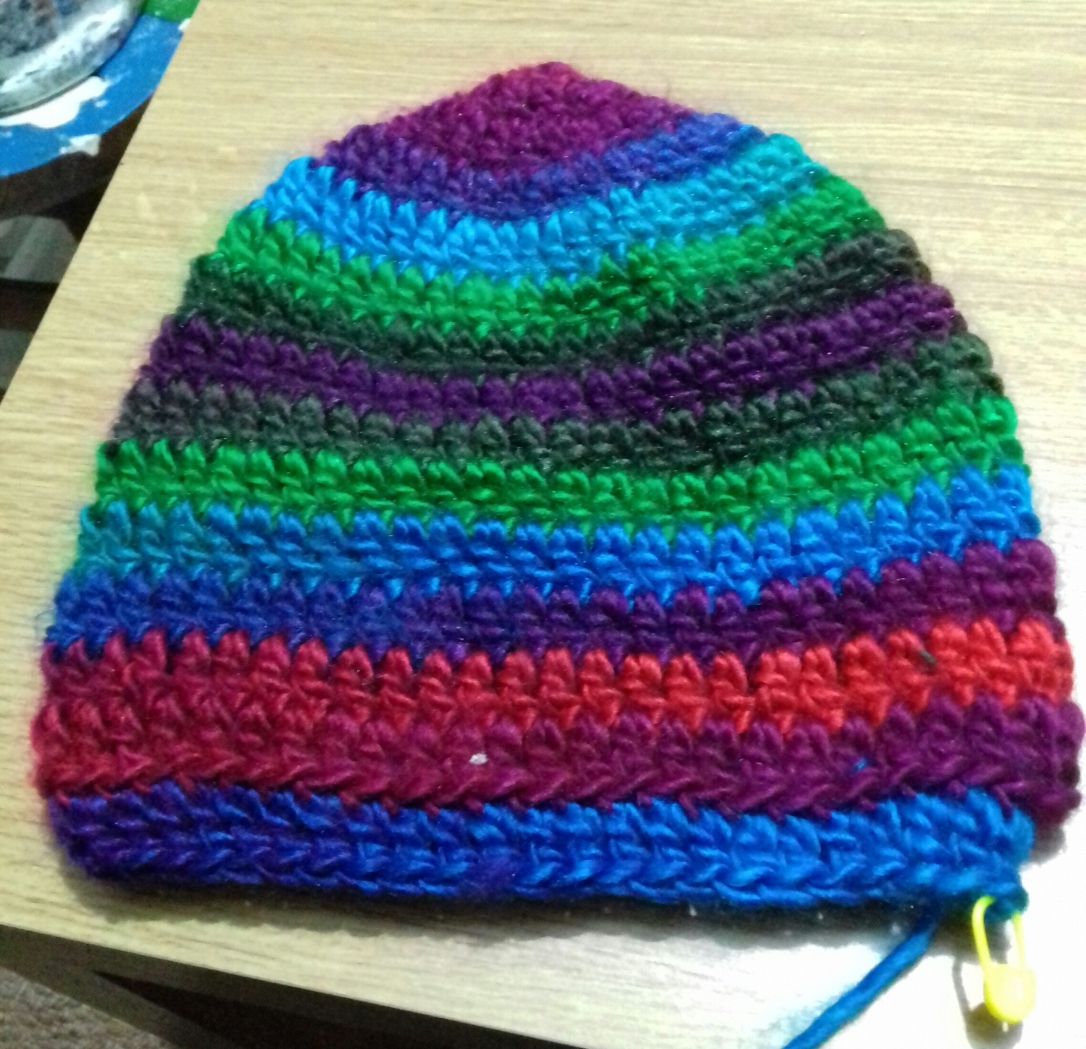 What’s everyone else working on this week? Got any new beautiful yarn to squee over? Let me know in the comments!

There were going to be lovely photos with this post, but I have managed to break my shiny new phone after having it for a week. Well done, me. So please excuse the fuzzy rubbish photos – hopefully I’ll be able to update them with better ones soon.

I’ve only been crocheting for a couple of years. I’m still at the stage of learning how many new stitches I still need to learn!  Just this year I’ve discovered three new-to-me stitches:

I have also used front and back post half double crochet (fphdc and bphdc respectively) so technically I’ve learned five new stitches in just over two months!

The pattern I was following used fpdc and bpdc alternately, to create a gorgeous lined texture:

I love the look of it, but I’m also quite interested in experimenting with maybe just using one or the other, alternating with a regular double crochet stitch.

I also wonder if you can fp and bp into the same stitch to increase, or if that would just make a mess. There’s only one way to find out*, so keep an eye out for my experiment posts in the future

This is fast becoming my favourite stitch of all time. How could it not be, it’s just gorgeous! I mean technically it’s called crocodile stitch. But I don’t want to be a crocodile; I want to be a dragon.

So basically, a fancy way of using fpdc!

It took me a few goes to understand where I was supposed to put my hook and how to get the second lot of 5 to face the other way, but when I got it I just whizzed through. Dragon scale looks far more complicated than it actually is – another reason to love it!

Does anyone else have a favourite stitch? Let me know in the comments!