I was doing so well with my mittens. Even if I’m not doing the pattern exactly right, I’m at least doing something that works.

But now I’ve hit a snag again. Does anyone have any idea what “dc+htr-tog in first dc” (UK terms) might mean? I don’t understand how I can do all of those things in one stitch! A round-by-round stitch count would be super helpful about now, but of course there isn’t one so I’ll just have to figure it out. In the meantime I’ve done a couple of rows on the right hand mitten cuff.

My Nautilus is only a few rows from cast-off and I’m getting really excited about it. I can’t get too carried away though, as every row in this section is a knit row so if i don’t pay attention I could just keep going and going!

What’s everyone else working on this week? Any suggestions about the mitten pattern? Let me know in the comments!

Today we’re having a look at super simple, but effective, Sea Wave. You can check out the official step by step info here.

You can see why it’s called Sea Wave,  but I see this Tangle as lots of different things as well. I’ve used it for mermaid hair and a unicorn’s tail in some of my ZIA drawings.

The image in the step-out makes me think of a line of muscles, all bunched up ready for action.  It could be a visual representation of the wind, or music, or a heartbeat.

So what do you think of Sea Wave? Do you see anything else in the pattern? Let me know in the comments!

A thought occurs (don’t worry, I’m sitting down) – I don’t think I showed you the finished doily I was working on, did I? 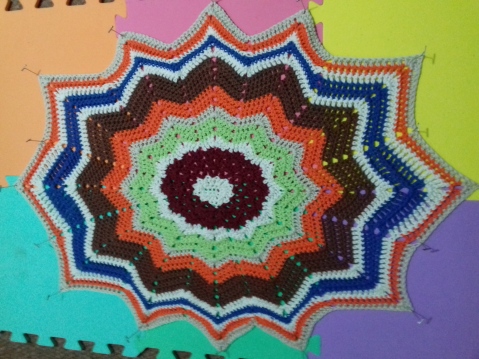 This was a commission from a friend at choir who saw me crocheting my star blanket during rehearsals. He asked for something similar to go on his television unit, gave me some vague ideas about colours, and let me get on with in my own time.

The one issue I had is that his TV unit is rectangular, and he didn’t want the doily hanging over the edges, so a circular star blanket pattern wasn’t going to work. I did have a faff around with Google trying to find some patterns for oval doilies, but it only seemed to give me charts (which I couldn’t read at the time) or photos.

So instead I took the star blanket pattern and tweaked it a bit.

It kind of worked, but in hindsight I should have gone even further and made the beginning longer and thinner. I had to do some wizardry with singles and trebles towards the end because I realised if I kept going with double crochet all round, it would have been too long.

Trebles (on the same round)

I sent him a photo and told him the price and he was happy with both, hooray! So now all that’s left to do is hand it over and get the money. My favourite part 😉

How’s everyone’s week been? Got any FOs to share? Let me know in the comments!

You know I said I was following a pattern for these blankies? I lied.

The bunny head is pretty much as per, but that’s it. The Red Heart pattern has the bunny at the corner of a square blanket and I realised I prefer them with the character in the middle. But instead of faffing about looking for a different pattern I decided to make it up as I went.

Of course making the blanket triangle-shaped was a conscious decision, thoroughly planned out. Nothing to do with me not realising that 18 doesn’t divide easily into 4. Nothing at all.

I could have frogged back and removed a row of decrease on the head so it could be square, but you know I’m in a rush (2 days til they need posting!) and I think being triangular makes them more unique. That’s what I keep telling myself, anyway.

Right now I don’t have an updated photo of the bunny blankie (I’ll see if I can add one in later), but it’s about the same length as this one.

Honestly, I’m not sure what animal this is supposed to be. I just went with a round head and some teddy bear type ears. It’s cute; that’ll do me.

All the fiddly amigurumi bits are finished now and granny stitch goes super quickly, so I’m sure I can get these finished on time. Well, as long as I don’t keep having issues with my Caron Cakes.

So far I’ve had one bit where the yarn had frayed and was barely holding on by one strand, one bit where the colour runs were ridiculously short (and the lighter coloured bits were much thinner than the rest), and one big chunk of this colour: 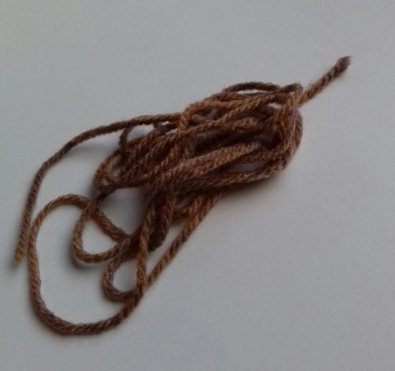 Is it grey? Is it brown? I can’t decide. But it is definitely nasty and I had to cut it out. That’s three lots of grafting together I had to do in just half of one cake. It might be time for a strongly worded letter to Caron.

Keep your fingers crossed that I can finish them both in time! What’s everyone else working on? Having any yarny problems like me? Let me know in the comments!

A pattern is beginning to appear in my Zentangle preferences; I seem to particularly like those tangles that create shapes without actually drawing those shapes (I’m so good with words today…). Like my favourite, Paradox, which is triangles and straight lines, but produces curved arrows.

And now Fassett, which is only triangles and straight lines, but creates the illusion of flowers or stars.

You can find the tutorial here , along with some variations for how to use it.

I find I do much better using Fassett in a grid, just because I struggle to make the initial random triangles. And by ‘struggle’, I mean ‘make a complete mess, then end up scrapping it and starting again’. So grids it is! 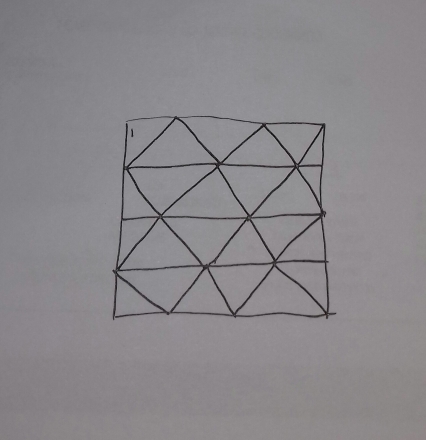 There’s supposed to be no such thing as a mistake in tangling, but when my initial triangles come out so small I’ve got no hope of drawing another inside it, the pattern is really not going to work. 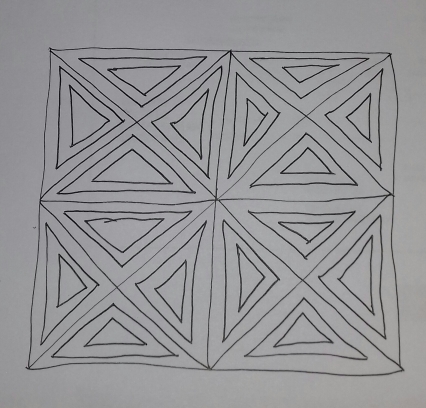 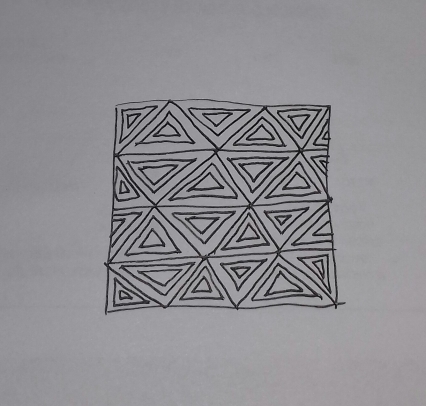 Is there some kind of method for creating random triangles that I don’t know about? If there is then someone please let me know!

What do you think of Fassett? Let me know in the comments!